Adrianna Cofield believes that growth is a shift, change, or adjustment in one's personality, attitude, or natural, professional development. Ms. Cofield began her academic career by earning her high school diploma from Maya Angelou Public Charter High School in Washington, DC. She then earned her bachelor's degree in Dramatic Arts and African African Diaspora from St. Mary’s College of Maryland. Later she earned her MFA in Film and Production from Howard University.

Ms. Cofield's career growth happened while she was working as a Roving Leader for the DC Department of Parks and Recreation. It was there that she developed a desire to improve DC youth's knowledge of their heritage. She struggled with their ability and desire to read and write. She overcame this barrier by immersing the youth in a series of performing arts workshops the allowed them to write in a nontraditional manner.

She later advanced her professional career by shifting methods and leaving the Roving Leader program after more than 15 years as a youth development specialist to become a teacher for DC Public Charter Schools.

Ms. Cofield’s favorite quote about growth is:
"Success is not final, failure is not fatal: it is the courage to continue that counts."
--Winston Churchill 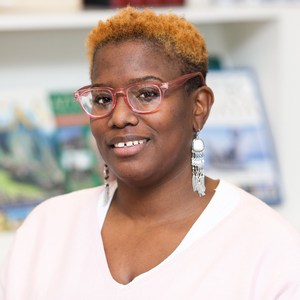