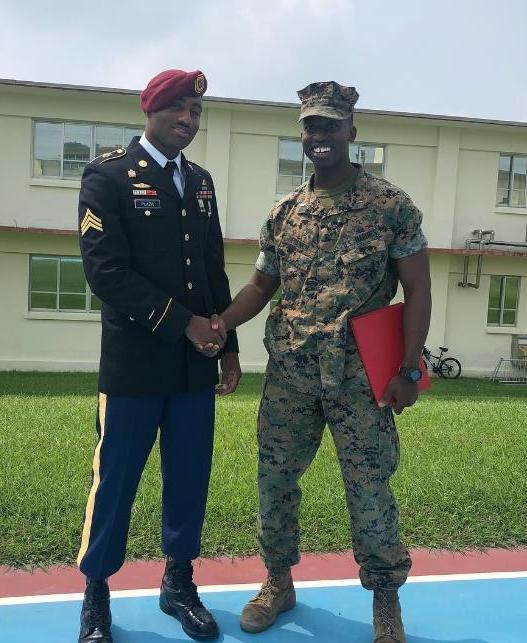 SGT Jeffrey Plaza and 2LT Quincy French trace their strong bond back to their days as IDEA scholars.

IDEA Class of 2012 graduates SGT Jeffrey Plaza (US Army) and newly 2LT Quincy French (Marine Corps) were buddies at IDEA and are still good friends, years into their military careers.

Recently French was promoted from first lieutenant to second lieutenant. It is a tradition in the military to ask a noncommissioned officer to pin you when you earn a promotion, so French called on Plaza to do the honors. French attended Tuskegee University on a full scholarship from the Marine Corps.