Connecting History to the Present and the Personal 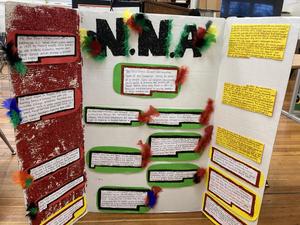 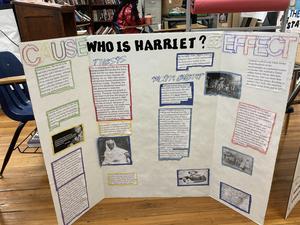 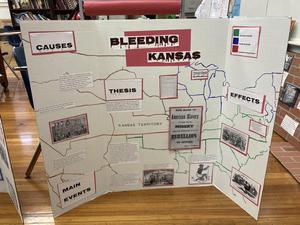 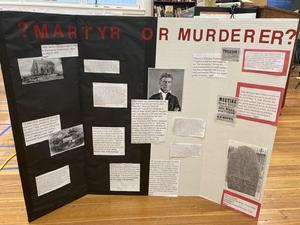 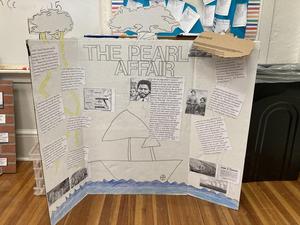 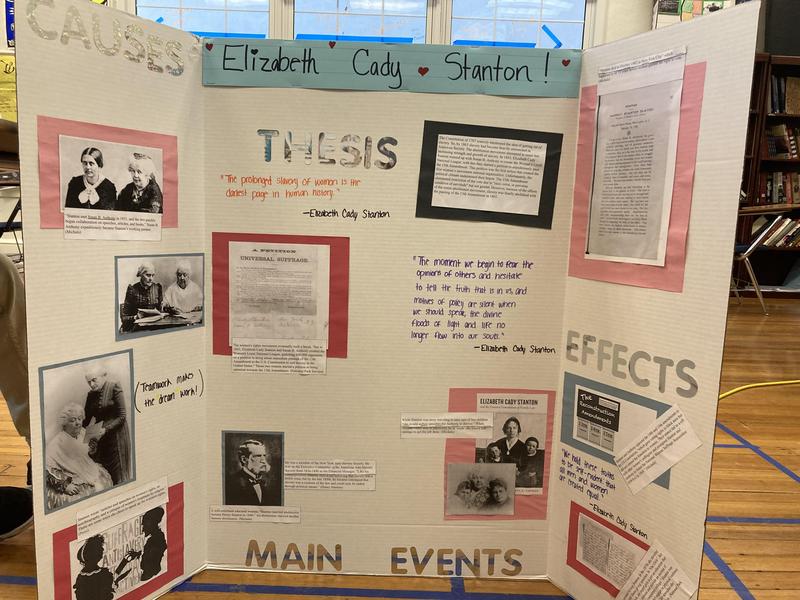 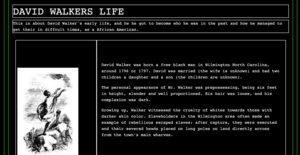 For their National History Day projects, history teacher Bill Stevens asked IDEA scholars in his U.S. History and D.C. history classes to select an event or person from the abolitionist movement and research how that event or person helped to end slavery.
Scholars discovered that a historical event shapes present-day society and culture and affects them personally. As noted by Khiya Martin, whose project with Ayanna Moore focused on the National Negro Alliance (NNA), the NNA is “still important to this day because they boycotted and picketed stores in the black neighborhood that wouldn’t hire black people from the community, and now we are able to work at the stores in our neighborhood.” Their project featured photos of NNA members boycotting in front of stores, which brought the history to life for her.
Jaila Walker researched John Laurens, son of a wealthy plantation owner at the time of the Revolutionary War whose family made their money and name from slave work. Despite his status, Laurens worked to “help abolish slavery,” Jaila said, “trying to set people free to live their own lives, knowing he would have stopped the way his family was making their income.”
She particularly appreciated the project because she got to “connect some of the dots about the Hamilton play. I’m able to watch the play with more understanding and knowledge and not wonder what’s going on. I took the time to actually read about that era to gain information on John Laurens. In the process, the project enlightened me on so many things I actually missed in the play, so that was definitely one of my highlights.” Jaila created a website about Laurens to showcase his story and contributions to the abolitionist movement.
For scholar Te'Niyah Stewart, her research and reporting on Harriet Tubman allowed her to do a deep dive into this icon of Black American history, “learning everything she did for African Americans.” She enjoyed the chance to put some creativity into her project, incorporating “cool colors” into her display.
Other notable projects included:
From critical thinking and problem solving to creativity and research and organization skills, the projects gave scholars a chance to put their skills and knowledge to work to dig deep into history and how its influence makes its way into the present day.
Published April 20, 2022 Print