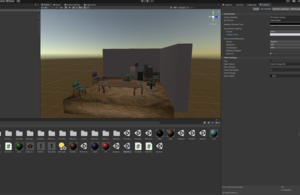 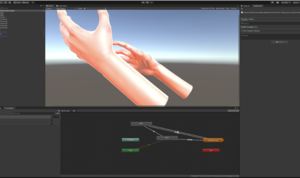 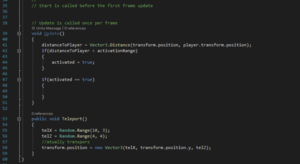 Senior scholars are collaborating to complete a video game before they graduate.

The seniors in Ché Rose’s AP Computer Science course are no longer simply scholars at IDEA. They are now the creators of One Chance Games, a scholar-powered game development studio working to produce a professional level video game by the end of the school year.

“It’s rare that one person creates a video game alone,” explained Mr. Rose. “And as a student you never get to finish a game. So our class is working together to create a polished, playable game that they can also use for their portfolios to apply to college. This project represents the culmination of what they’ve learned in all their computer science classes and internships at IDEA.”

The game developers decided to make a horror-themed game set in a school. The player is a student who enters the school and realizes it is not a normal school and tries to escape. They are documenting their process and progress in a blog, which includes screen shots of what they’re working on and ideas for elements yet to be built.

“Right now they are fleshing out ideas, finding visual references, developing characters,” said Mr. Rose. “They started with a game design document and now they’re building rooms, animations, and levels. People are programming dialogue systems so we can have conversation and story in the game. Everything they’re building will make a real game.”