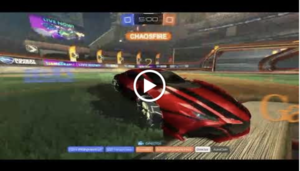 IDEA's eSports teams are highly ranked in local and national leagues.
With no traditional sports allowed because of COVID-19, esports have become even more popular this year. Coached by computer science teacher Ché Rose, IDEA scholars compete in the PlayVS league against other schools from all over the country. IDEA's eSports players battle it out in Madden NFL 21, FIFA 21, Rocket League, and Super Smash Brothers Ultimate.
"Esports has been a blessing during the pandemic, when it's been one of the only extracurricular activities students can participate in," explained Mr. Rose. "It's fun, and you can find out how good you are for real when you're playing against the best."
As a long time eSports competitor himself, Mr. Rose teaches his players techniques and strategies for successful gameplay, as well as providing play-by-play commentary during matches.
Esports is about more than just video games, however. "The players are learning different styles of leadership, like how to motivate their friends and how to be supportive of one another," said Mr. Rose. "There's a lot that goes into figuring out how to fit into the system, learning to play a certain role, and being a contributor to the team."
IDEA's teams are highly ranked, frequently making the PlayVS league playoffs, especially in Rocket League.
This year's eSports competitors are Christian Douglass, William Ellerbe, Jared Farmer, Ricky Lyons, Demetri Howard, and Trevelle Steiner.
Fans can watch matches live streamed on Twitch or catch highlight reels like this one IDEA PCS vs Henry Clay HS on YouTube.
Published May 17, 2021 Print