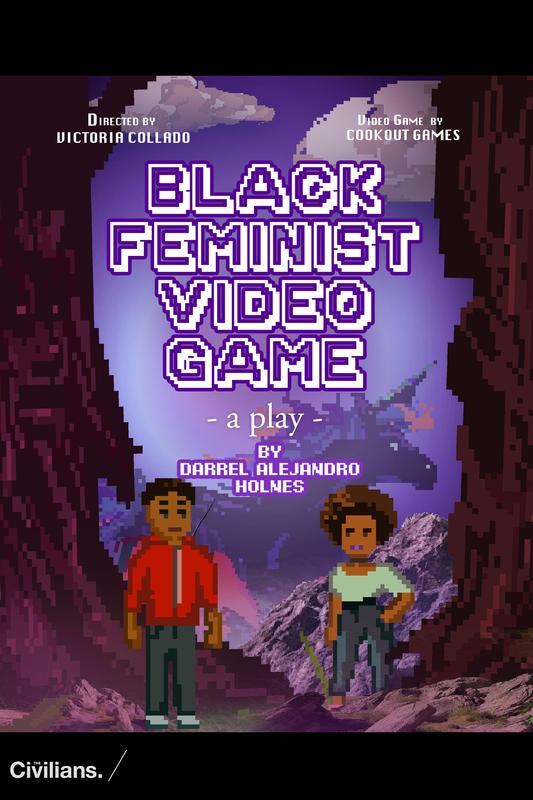 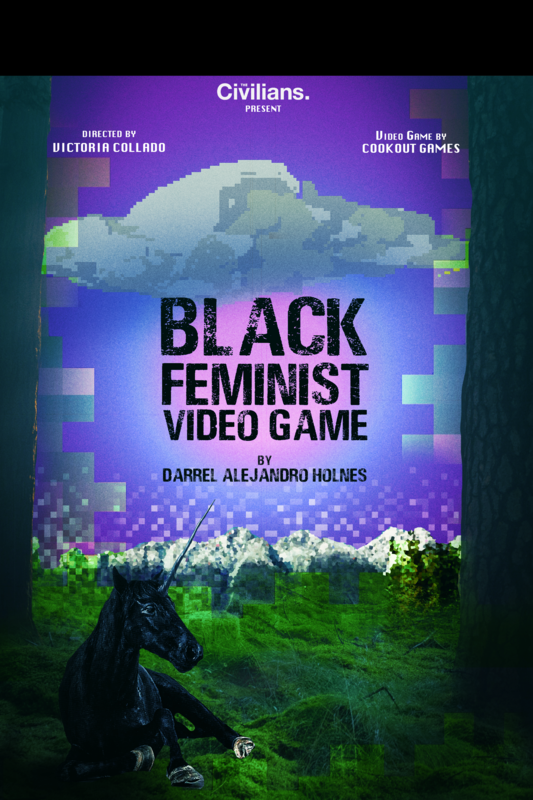 When you’re a playwright in a pandemic that has closed all the theaters down, you have to get creative. So that’s exactly what Darrel Holnes did when he wrote Black Feminist Video Game. Live productions of the play, first produced by New York theater company The Civilians, use Zoom, YouTube chat, and an actual video game to invite audiences into one teenager’s life. The teenager in question is Jonas, an Afro-Latino gamer on the autism spectrum who lives his entire life online.

During a virtual date with Nicole, Jonas makes an embarrassing mistake that drives Nicole away. Determined to win her back, Jonas seeks guidance from an old video game his mom gave him, along with help from his gaming buddy Sabine. The focus of the play then becomes the playing of Black Feminist Video Game, designed to broaden Jonas’ perspective on the women in his life.

Because the game is so integral to the story, Cookout Games was commissioned to design and build a real, playable Black Feminist Video Game. Cookout Games’ creative director and co-founder is Che Rose, who also teaches computer science at IDEA. In order to create the game, Mr. Rose hired three IDEA juniors--Kyree Bass, Antony Crump, and Arjanae Savoy--to assist.

“I’ve taught Antony and Arjanae every semester since they were freshmen, so I know what they can do,” Mr. Rose explained. Antony was responsible for level design and environmental production. He mapped out all the levels of the game--the Forest of Feminist Angst, the Coven of the Many-Faced Mirrors, the Realm of Colorism, and Peak Patriarchy--on paper, and then built them. As a programmer on the project, Arjanae developed the dialogue database system, which executes all text and voice acting sound files throughout the game's story. Kyree had not been one of Mr. Rose’s students, but was recommended to participate in the project because of her artistic skills, which she contributed to the game design.

“It’s hard to get your first credit as a video game designer. I try to employ students when I can to give them that opportunity,” Mr. Rose said. “I let them know this is a real job. This isn’t part of school. They get paid, and they have responsibility.”

They must have done their job well, as reviews of the play consistently named the video game as its highlight.

Black Feminist Video Game continues to be shown in partnership with organizations across the country. In May you can watch the play online as part of the Oregon Shakespeare Festival.