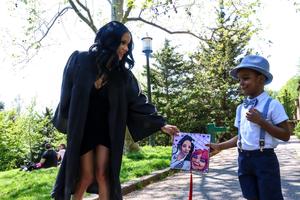 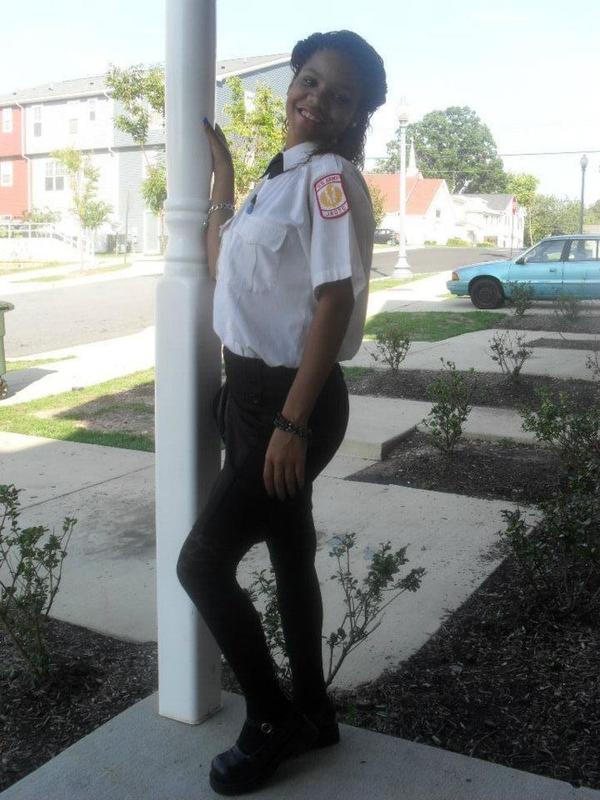 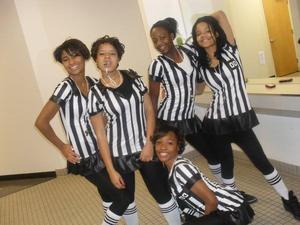 When Shandeliha Walker entered IDEA as a seventh-grader, she had no idea how much her educational experience would change her life.

Shandeliha Walker (Class of 2012) credits IDEA with providing the foundational discipline, structure, and support that enabled her to be successful. Her accomplishments over the nine years since she graduated are admirable. Shandeliha graduated from Trinity Washington University in 2020  with a bachelor’s degree in human relations, with minors in education and sociology. She begins her master’s program in mental health counseling at the University of the District of Columbia this August. Since high school Shandeliha has worked with children, as a day care teacher and substitute teacher and now as a dedicated aide working with an IDEA scholar. She’s writing her first novel. And she’s done all this while raising her son Noah, who is 6.

How IDEA Changed Her

“I tell everyone I know that IDEA shaped me and grounded me,” Shandeliha said. “When I started in seventh grade [back when IDEA included seventh and eighth grades], I was rough. Everybody tells me that.” Initially, Shandeliha pushed back. Then she found JROTC and her second family. “JROTC was really strict, but that discipline and structure got us together and made a difference. Major Lewis, Sgt. Bee, and Sgt. Briscoe cared about us and sacrificed for us and gave us a family inside the school. A lot of my close friends from IDEA are college graduates or are still serving in the Marines or the Navy. Kids around the way who didn’t have the same background weren’t as successful. IDEA made the difference for us.”

In her core classes, Shandeliha made connections and gained confidence at IDEA that have sustained her through college and beyond. “They pushed us academically,” she recalled. “I was one of the kids who just got by in math. When I got to Ms. Dorsey’s algebra class in ninth grade, she noticed and I couldn’t just slide by anymore. She took the time to tutor me outside of class. The methods she taught me I continued to use in statistics and economics in college.”

When Shandeliha was in elementary school, her teachers told her she wrote too much. At IDEA, her teachers encouraged and helped shape Shandeliha’s writing. “Ms. Travers [now Principal McCrae] in 7th grade, and my English teacher in 8th grade grounded my writing. If it wasn’t for my AP English teacher, I wouldn’t have made it this far with my writing. She taught me to write the proper way and that it’s never too much. You give it your all. That’s how I'm confident in writing the novel I’m currently working on.”

While Shandeliha started her college career at Benedict College in Columbia, South Carolina, she decided to return home to the District after she became pregnant and gave birth to her son. With the support of her family, she transferred to Trinity and continued her education. “I wasn’t ready to be done with school,” she said. “I’m blessed to have the family I have. We’re tight knit. I needed them to help me out and they did. I dedicated my graduation cap to my mom, with a picture of us. A lot of people have to give up their dreams when they have a baby, but my mom had my back.”

Her mother’s generosity and willingness to help others has inspired Shandeliha to do the same. So far, that spirit has led Shandeliha into teaching positions. Her college classes covering special education, inclusion, and exceptionality helped prepare her for her current role as dedicated aide. “I had taught in a couple classrooms where I had children who had exceptionalities, but it’s different when you’re the dedicated aide,” she explained. When Shandeliha began working with Enriched Schools, which partners with IDEA to provide substitute teachers and dedicated aides, she participated in several trainings. “I wanted to strengthen the knowledge I already had and I wanted hands-on experience,” she said. As a dedicated aide, her responsibilities include working with the scholar’s teacher to ensure assignments are adapted appropriately, communicating with the scholar’s family, and helping the scholar stay on task and engaged in class.

Giving Back as a Dedicated Aide

“I’ve helped my scholar with attendance,” Shandeliha said. “Having an aide encourages him to come to on-site learning. He has been participating more in English, which is a harder class for him. He’s not as strong in it so he counts himself out. I’ve been pushing him. The more he participates, the more the teachers get to know him and that helps. I’m making sure he’s there and he’s tracking what’s going on and understanding. I break down instructions that are too wordy and I help him with missed assignments.”

“When I saw IDEA had assignments through Enriched, I said I’ve gotta go there!” she laughed. She plans to continue working with Enriched Schools while she pursues her master’s degree, because she can choose her assignments to accommodate her class schedule.

While her career so far has focused on education, Shandeliha decided to shift to counseling for her master’s degree, in part because of struggles she’s witnessed her whole life. “During my practicums and internships, I’ve seen a lot of counselors whose hearts are in it to work with kids. I realized that we need more people with their hearts on the adult side. I have an uncle who has been in and out of recovery and jail. When he was ready to be serious about his health and staying clean and with his family, no one would take him seriously. In 6th and 7th grade, I was by his side, going with him to meetings. I could see how people looked at people with struggles, and I thought I needed to get on the other side to help the people who were struggling. I’ve seen a whole lot of behavior I didn’t agree with, like biases and discrimination. I have to help the underdog--the people that are overlooked.”

In the meantime, Shandeliha is glad to be giving back to the school that gave so much to her. “I’m super grateful to my mom for sending me to IDEA. When I first got there I didn't like it because they were strict and they pushed me. But once I got used to it, I realized IDEA is your second family that you can call on forever.”

Shandeliha and her son Noah at Shandeliha's graduation from Trinity Washington University, displaying the graduation mortarboard she made in tribute to her mother.

Shandeliha as a JROTC cadet at IDEA and cheering with the IDEA Varsity Cheer Squad.