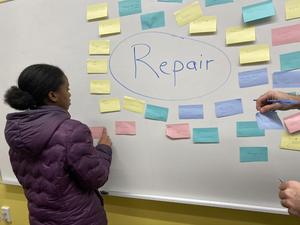 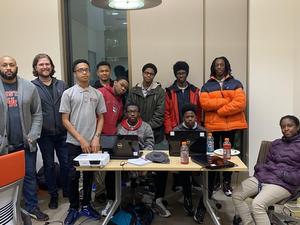 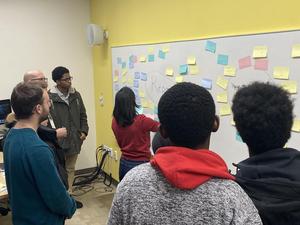 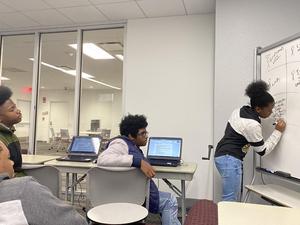 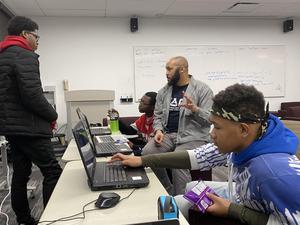 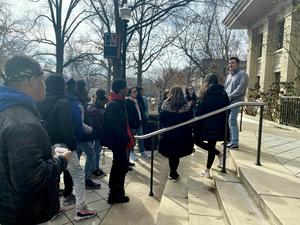 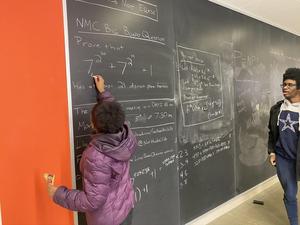 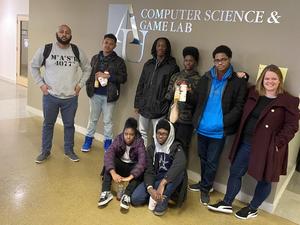 Nine IDEA scholars who have learned coding in our TAG Labs classes worked alongside college students and professionals.

This weekend, nine IDEA scholars in our TAG Labs Introductory and Advanced Game Design classes took American University by storm as they participated in the Global Game Jam 2020. Because they are under 18, they couldn't directly compete in the event, but AU invited IDEA to enter as an exhibition team. Our own game design instructor, Che Rose, is a graduate of the AU Game Design program, and coordinated and coached IDEA's design teams.

Over the course of 24 hours, scholars worked in two teams to design a video game according to the Global Game Jam 2020 theme, "Repair." You can watch Sunday's presentations from each team here (The Constructors) and here (TAG 2). Scholars put to use the skills they've learned in game design classes at IDEA. "Their games were as good -- if not better-- as the games of the grad students and professionals in the room!" said IDEA Career and Technical Education Director Andrea Zimmermann, who accompanied the scholars throughout the weekend.

"On Friday, scholars participated in a group brainstorm alongside industry professionals and students in AU's Game Design master's program, and eventually settled on concepts for their games, both of which focused on a city that has been overrun with pollution," explained Zimmermann. "Then on Saturday, we camped out in the AU library all day with music and snacks as the teams got to work developing the story, characters, and levels. We also squeezed in some fun, including the chance to eat in a college cafeteria  and a campus tour!"