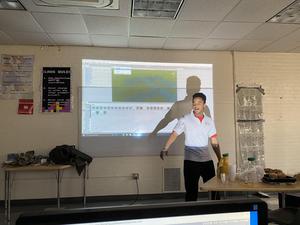 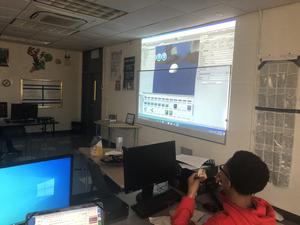 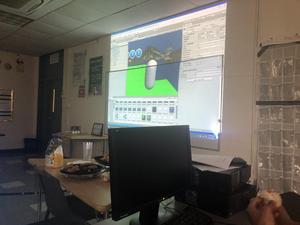 After finishing their semester of coding, scholars will put their skills to the test at the Global Game Jam at American University.

Introductory and advanced TAG Lab scholars demonstrated the video games they developed during their first semester classes, using coding skills that they can apply to a variety of computer science careers. Scholars explained the concept of their games, the narratives they developed, and the tools they used to create the game.

This weekend, 11 of these scholars will put what they've learned to use at American University's Global Game Jam 2020. TAG Labs' Che Rose, who teaches IDEA's coding classes, and CTE Director Andrea Zimmerman will accompany the scholars throughout the intensive video game design experience. IDEA scholars will work alongside collegiate and adult teams of designers to collaborate on developing a video game over the weekend. Teams are given a theme and parameters on Friday night and spend the weekend creating an entirely new video game. On Sunday, each team will debut their game.

Members of IDEA's team participating in the Global Game Jam are

Scholars will also take a tour of American University while they're on campus.

Congratulations to all of our hardworking video game designers and good luck to our team at the Global Game Jam!

(Pictured here: Isaiah Jackson from Game Design I confidently presenting the “beta phase” of his video game, which featured a battle between Godzilla and King Kong.)