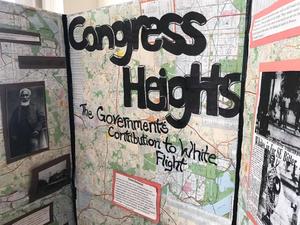 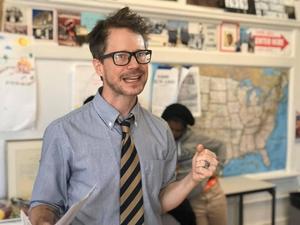 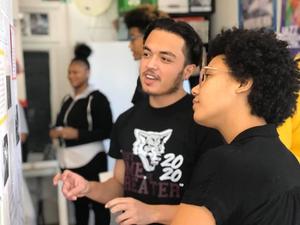 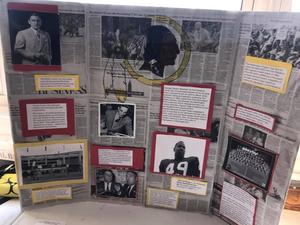 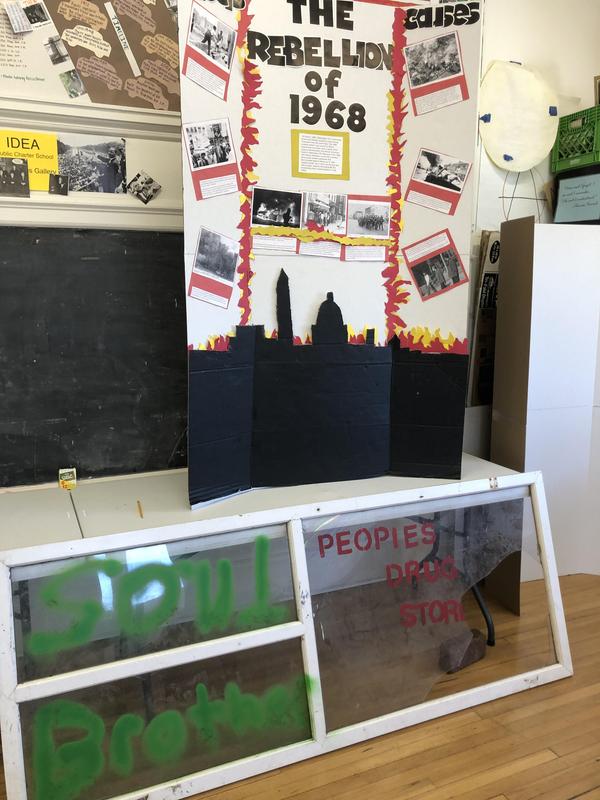 Scholars researched and presented stories of individuals and groups that broke barriers in DC history.

Do you know the story of the Red Riots of 1919? Did you realize the Barry Farm neighborhood was founded by formerly enslaved people? How was the integration process at Anacostia High School? What is the cultural significance of Go-Go music in DC?

Our own DC History scholars presented their findings after months of research into these and other important topics at IDEA's first annual National History Day event on January 16, led by History Teacher Bill Stevens.

Mone't Morris lives near the Barry Farm neighborhood in Southeast DC, but she didn't realize until she began her research that the community was historical, created by and for formerly enslaved people. "President Lincoln and General Howard wanted to help Blacks get back on their feet after slavery ended," she explained. "They gave formerly enslaved people land and materials to build small houses on land that they bought from David and Julia Barry." Mone't found information for her project online and looked at old maps of Barry Farm on a field trip to the DC History Center.

In the early part of the 20th century, Blacks were not allowed to play golf on DC's public golf courses, so they built their own course. Named after John Mercer Langston, the first African-American Member of Congress from Virginia, Langston Golf Course provided early opportunities for women and youth to play golf in DC. Jazmin Cousart chose to research the golf course because she didn't originally know the history of the course. "Blacks weren't allowed to play golf on other courses so they built their own course," she said. "That's definitely breaking a barrier."

Devon Thompson, Takayla Ankrom, LeShante Ferguson, Raven Carter, and Gary Graham collaborated on a project about the 1968 rebellions. Gary explained that many people assumed that the April 4 riots erupted solely because of the assassination of Dr. Martin Luther King Jr., but that tensions in the Black community because of systemic racism and segregation were already high, and Dr. King's death proved to be a tipping point.