At Eleanor Roosevelt High School in Greenbelt, Maryland, students chose majors, and Malika Joseph became a finance major. Looking at future careers, however, she realized she wouldn’t be satisfied by sitting behind a desk all day. Then she took a culinary arts class and realized her vocation was cooking. Ms. Joseph earned her bachelor’s degree in food service management from Johnson & Wales University and has been working in kitchens ever since. She has managed food service in restaurants, hospitals, schools, hotels, summer camps, country clubs. Ms. Joseph knows a good plan is the key to making great food for a large number of people. At her previous job, she planned and cooked every day for more than 900 students and 100 staff members. Ms. Joseph’s family is from the Caribbean, so she often cooks Caribbean food at home, and also enjoys making Indian food and American food. At IDEA, Ms. Joseph plans to learn what kinds of food the scholars like while also offering them new foods such as butternut squash risotto, spicy Asian beef, and chicken enchiladas, to expand their palates. She will be using some herbs and produce from IDEA’s own gardens and working with a dietician to ensure that school meals are as healthy as possible. 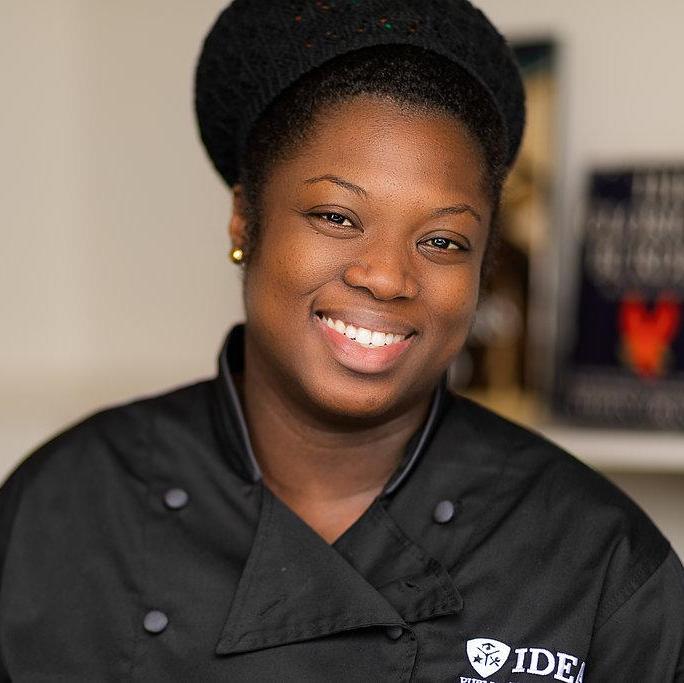