Originally from the Bronx, Peter Camacho attended Mount Saint Michael Academy, an all-boys Catholic high school in the Bronx, where he played baseball (first base and catcher) all four years. He went on to attend and play baseball for two seasons at Essex Community College in Baltimore, Maryland, from which he transferred to Elizabeth City State University in North Carolina. He played baseball there for two years and was nationally ranked in the NCAA. He earned his bachelor’s degree in physical education and health from Elizabeth City and worked as an assistant coach while in college. Mr. Camacho is currently pursuing his master’s degree in athletic administration. He has been teaching since 2008, most recently at Washington Mathematics, Science, and Technology Public Charter High School, where he worked as the physical education and health teacher, graphic design teacher, and athletic director.

Mr. Camacho tells his students that PE is the most important subject they will take in high school because good physical fitness and health are essential for life. Your health is your wealthis his mantra. He teaches students that skills learned in PE, such as joining and building a team, playing sports, and related social skills will serve them well throughout their lives. He thinks of physical education as a buffet, where he wants students to try everything at least once, to find activities they enjoy and will continue.

Outside of school, Mr. Camacho owns Bearded Kingz, a clothing line that aims to change the way we talk about and to ourselves and each other. Mr. Camacho is the father of two and still plays baseball in a men’s league in Arundel County. 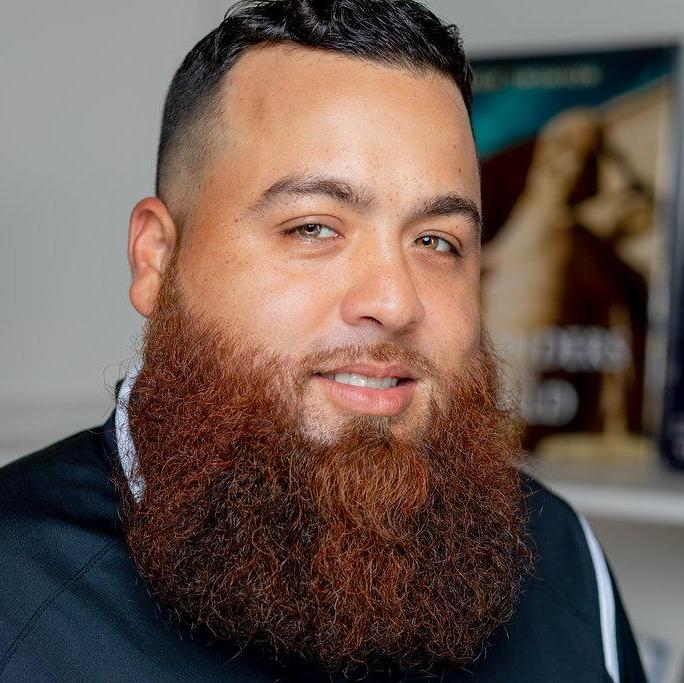