Nicole Seward believes that growth is continuous. Ms. Seward began her academic career by earning her high school diploma from Parkdale High School in Riverdale, Maryland in 1997. She earned her bachelor’s degree in business administration from Morgan State University in 2002. Working for a commercial real estate company but unable to see growth potential, she returned to school to earn an MBA with a concentration in federal program management from Trinity University in 2006.

Ms. Seward was working with an accountant providing services to DC charter schools when she was asked to temporarily step into the role of business manager at IDEA. After that she was hired full-time at IDEA and was later promoted to chief operations officer. Her relationships with supportive people have shaped Ms. Seward’s career and helped her advance.

Strength and growth come only through continuous effort and struggle. --Napoleon Hill 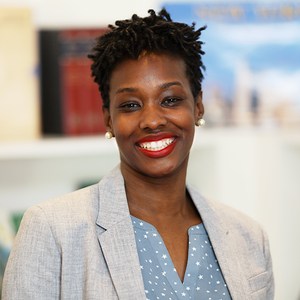